Thanks to the great response from the QGIS community to our crowdfunding call, we have added several new features to the upcoming release (3.4).

Here are the highlights of the features:

With this new feature, you can embed a 3D scene to the print layout. In addition, there are camera and view setting tools available to adjust the scene from within the map frame. This will allow you to generate high resolution outputs similar to the other map frames. 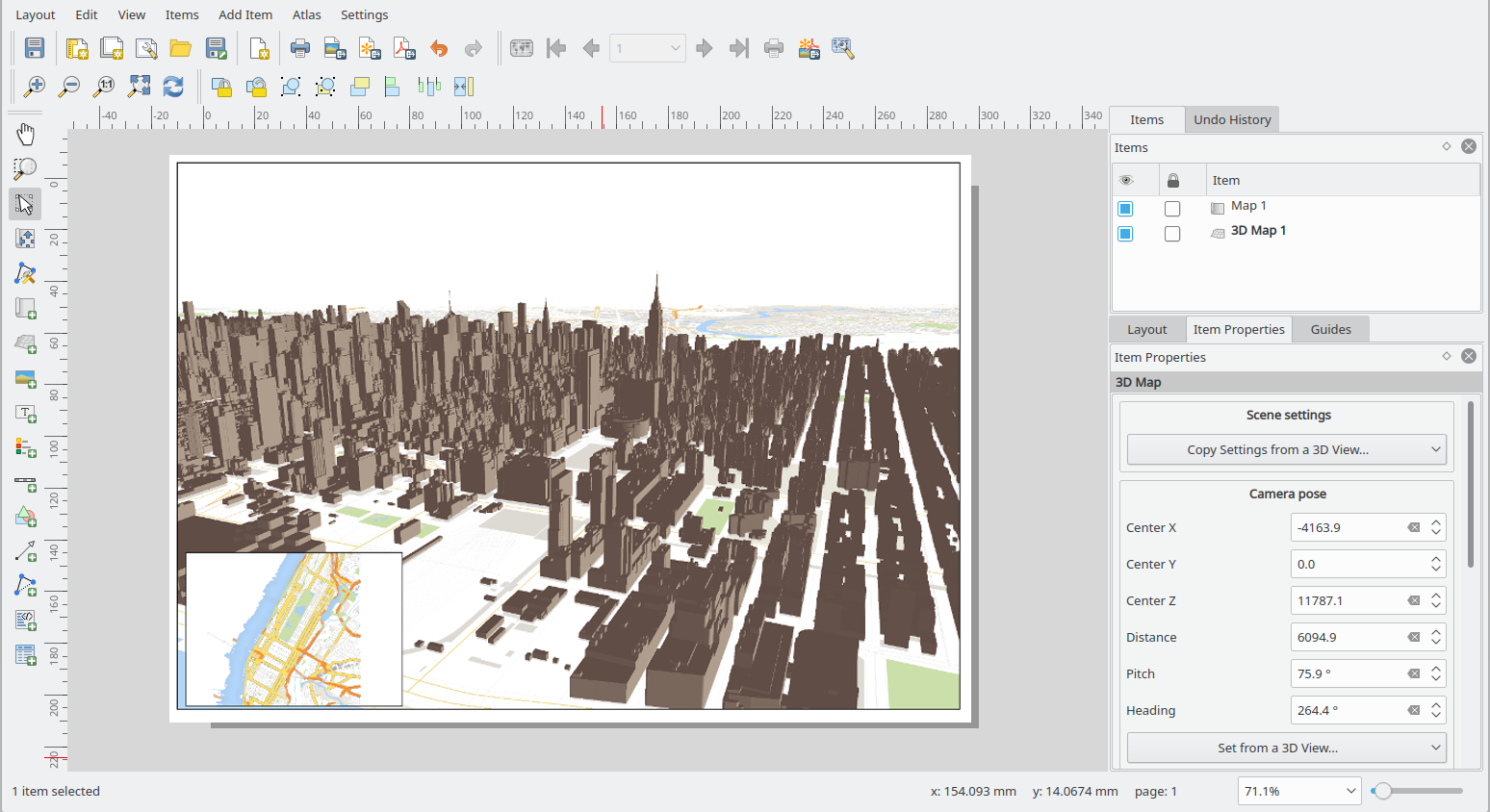 To create the keyframes, first set the scene for your map, by rotating, zooming or moving the camera. Then assign a time to the frame. There are several methods for interpolations between keyframes.

A new Identify Tool was introduced to 3D map. Using this tool, you can inspect features from the 3D scene. Thanks to our friends from Faunalia for funding this feature.

If you have a 3D linestring, you can now use the elevation of vertices to display it in 3D map. 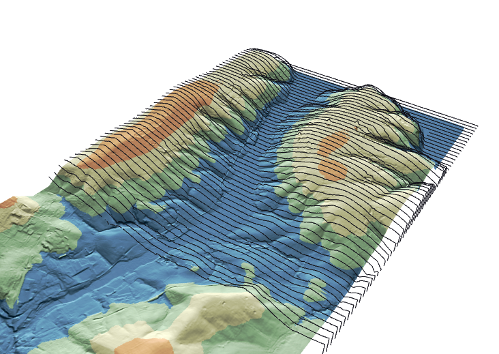 There are more control on how you can pan, rotate and zoom the camera within the scene:

In addition, the point towards which the camera is looking is dynamically adjusted based on the terrain. The rotation in scenes where a DEM used for terrain has been enhanced significantly. This is more pronounced with presence of higher hills in the terrain.

There are still some exciting features from the crowdfunding which will be incorporated in QGIS 3.6. You can check the QGIS development or follow us on Twitter.