The new QGIS 2.8 release (codename: Wien) is out tomorrow!

Lutra’s very own QGIS core developer Martin Dobiaš has been working hard with others on bringing you new stuff. So, what exciting new features are provided by this jauntily-angled new release? There are plenty of eagerly-anticipated additions - both big new features, and under-the-hood improvements - as well as bugfixes.

Have you ever found yourself duplicating layers just so you could display the same data but with additional styles? Those days are now over.

You can now define multiple styles for a single layer, and easily switch between them in the layer view or layer properties dialog. 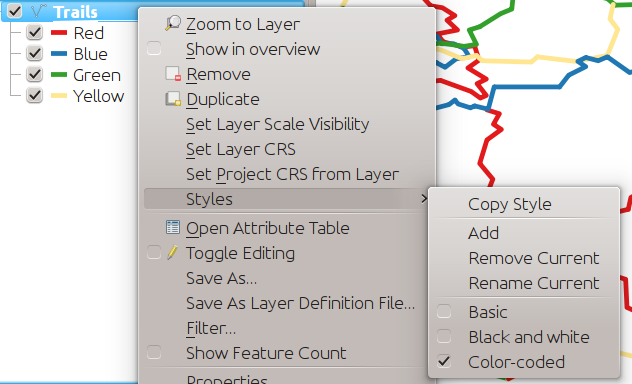 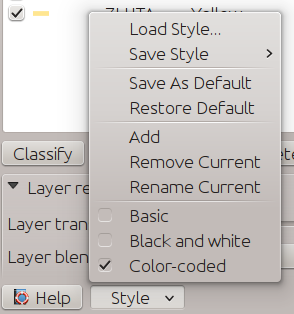 Just so our webmapping colleagues don’t feel left out this new behaviour is extended to the WMS server too. The available multiple styles are advertised in GetCapabilities and can be used in other requests, such as GetMap.

And of course it all works in the map composer too - which means more maps with the same layers displayed in different styles.

Work carried out in cooperation with Gis3W for Regione Toscana.

Snapping is made simpler with the addition of new modes for snapping, so you can now:

There’s also less confusion with snapping tolerances being to map units or layer units, so those anticipated 1 metre tolerances don’t become 1 degree tolerances without you knowing.

Snapping is not only more straightforward - it’s now much faster too thanks to using an index of geometries built when first needed. Because everybody loves faster, right?

For our developer colleagues there is an easy to use API which - amongst other things - adds fast point in polygon queries.

QGIS has had a simplify tool for a while, but now it’s been significantly improved with lots of tasty new ingredients.

Simplify tool tolerances used to be different for every feature - but not any more, and users can specify exact tolerances - which can be in map units or layer units.

Also new is on-the-fly reprojection support, tolerance settings are now persistent between sessions, dragging a rectangle instead of just clicking to simplify multiple features, support for multi-part features, and statistics about reduction of the number of vertices - because if you’re simplifying, it’s nice to know by how much! Oh yes, and faster too!

Work carried out in cooperation with Kartoza.

One Legend To Rule Them All

The display of rules in the legend for rule-based rendering has continued its evolution in features from QGIS 2.4: 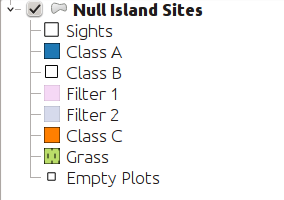 QGIS 2.6: Better - shown as a pseudo-tree with checkboxes. 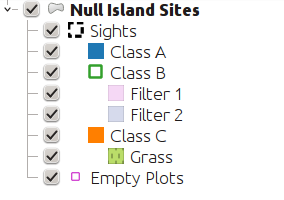 QGIS 2.8: Best - great for power-users who use complex styling rules to give their maps that extra zing. 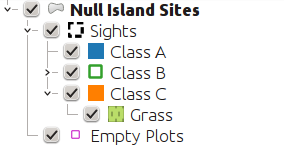 Even if you’re a new-feature-junkie, you’ll appreciate the commitment by the project to both innovation and stability, and this of course underlines the burgeoning success of QGIS in enterprise environments.

So, start your engines, and get ready to download!

While you’re still reeling from finding out about some of the new goodies that QGIS 2.8 brings (and check the official QGIS changelog for more!), I’ll remind you that all this cool stuff somehow needed to be paid for.

Thanks go to the organisations and individuals that sponsor or contribute to the QGIS project, and those that fund development of specific features. They make the software better for everyone, and you or your organisation could become one of them!

We at Lutra Consulting are Bronze level sponsors of the QGIS project, and use our development experience to contribute code and develop plugins for QGIS.

We tackle this in several ways, including direct approaches from clients to fund custom development, and crowdfunding campaigns. So, if you’re interested in some functionality that isn’t yet there - get in touch!